How to Achieve Immortality 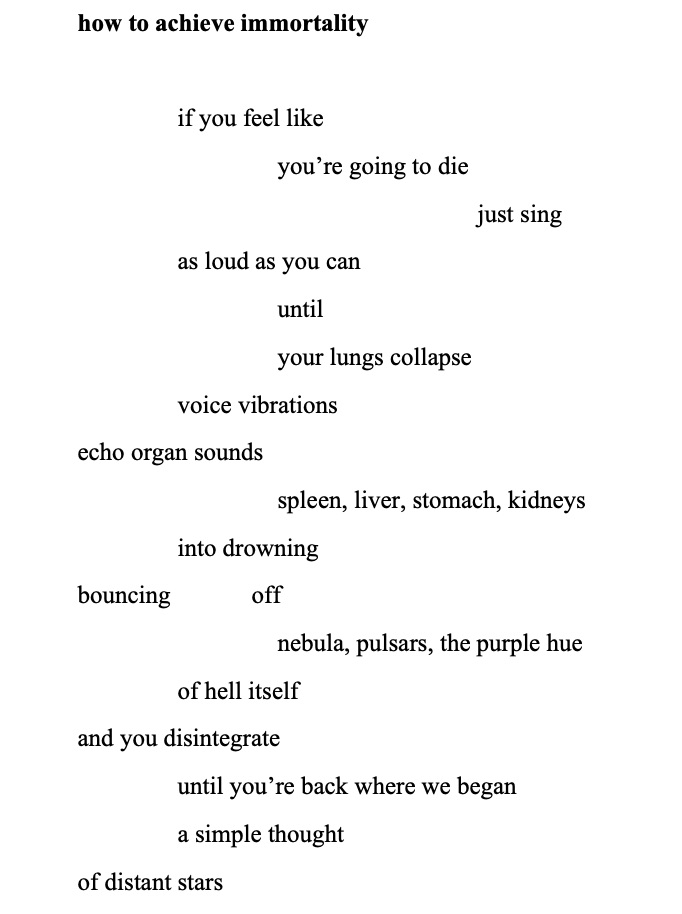 Sean Lynch, he/him, is a poet and editor who lives in South Philadelphia. His fourth chapbook, On Violence, was published by Radical Paper Press in 2019. Poems have appeared in journals including Hobart, Poetry Quarterly, and After the Pause. He’s the founding editor of Serotonin and on the board of Moonstone Press.